As the demand grows for eco-friendly alternatives to harsh, solvent-based cleaning, more and more new business investors are looking to take advantage of the possibilities offered by wet care when starting out in the sector.

This was the case for Ben King, an ex-product designer from Maidstone, Kent, who was determined to use his inheritance to start a new business. Ben began exploring possible options with his father-in-law Robert and came across Electrolux Professional’s lagoon® Advanced Care, recognizing immediately its investment potential.

Ben explains: “There are a lot of people who work in London but live in Maidstone because of the short commute. They’re professionals who don’t want to pay London prices for their garment cleaning, so we could see the business opportunity in meeting the needs of those commuters.”

After speaking to Electrolux Professional, both Ben and Robert felt comfortable with the equipment from the off. Taking the plunge, they invested in a full lagoon® Advanced Care system. The machines were up and running two weeks before the shop was due to open, giving the team time to train.

“It didn’t take long to figure out the equipment. The machines themselves were much more user-friendly than the competitors, and I liked the streamlined programming immediately. We began by practicing with our own garments, just in case anything were to go wrong. We cleaned whatever we could get our hands on, but even so we had no problems dealing with anything we came up against. Then, our first-ever customer brought in a 100% wool wedding jacket – there was quite a lot of tension as we put the garment on the finishing table, but it came out brilliantly”.

Ben says that understanding the different types of garments and materials out there is something he is still learning, but he remains confident in his investment. “It might sound biased, but wet-cleaning is far superior to dry cleaning. I listen to a lot of testimonials from people who use wet-cleaning, and it’s clear that you’re providing a much higher quality service, and your customers notice that. Not only that, but you can actually do more with wet care. We’ve cleaned wedding dresses full of beading and other garments with acrylic feathers – garments that dry-cleaners just won’t touch – and all of them have turned out perfectly.”

“It’s been challenging, for sure. Most businesses that offer wet-cleaning have switched over from dry cleaning after 15-20 years in the industry. That said, where many of those people are still dry cleaning, we know we’re getting in on the ground floor of a fantastic new system. It means that, soon, we’ll be the experts – and we can always go to Electrolux with any questions we might have in the meantime.”

“If you’re already in the industry, I can’t see any reason not to switch to wet-cleaning. Not only is it better for the garments and better for the environment, but you can get your cost prices down immediately. And if you’re looking for a new business venture, it’s not a difficult industry to get started in if you have the ambition and the vision.” 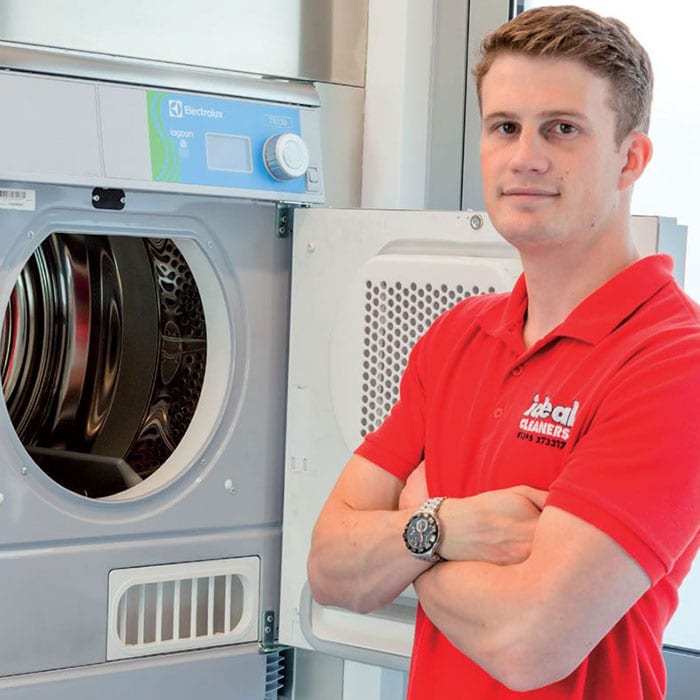 “Those who look to the future will choose lagoon® Advanced Care” 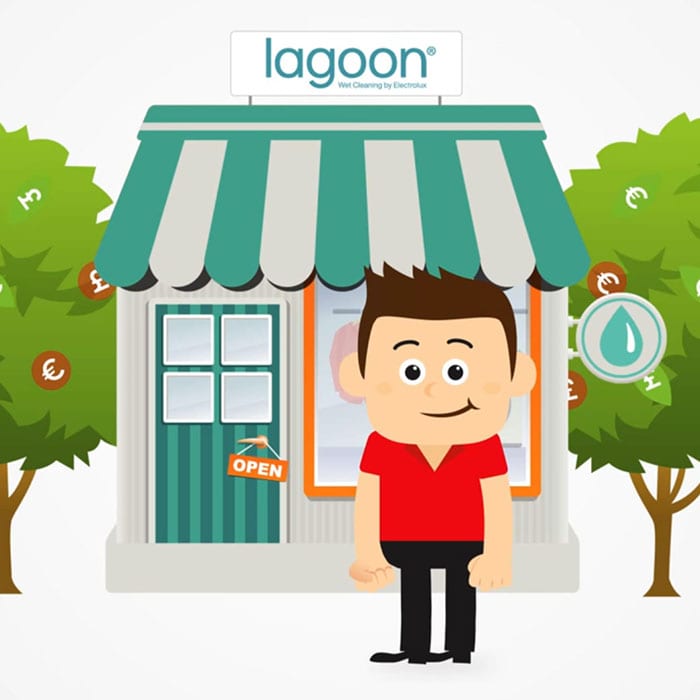 A clean start for the textile care industry

Download a copy of our The Power of Water industry report, which delves into the future of professional textile care. 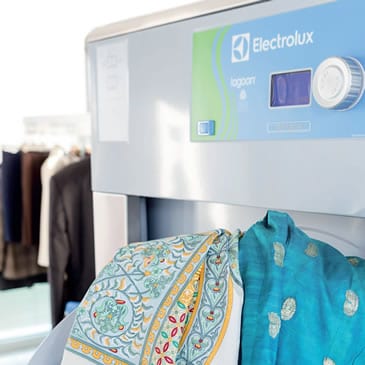 A complete cleaning service in 55 minutes. All the benefits of water with the speed and simplicity of solvent-cleaning.