On December 1st, the final award ceremony of the Culinary World Cup 2022, in Luxembourg took place. After delivering at a gold level in both the competition events “The hot kitchen” and “Chef’s Table”, it was announced that the Swizz Culinary Team took the gold, the Swedish Culinary team silver, and Norway bronze medal. Electrolux Professional has a long-time relationship and collaboration with all the 2022 medalists Culinary Teams.

Both the Swiss senior team, as well as the junior team scored gold, this was the first gold to Switzerland.

“During the competition, in addition to our strong preparation and skills, we were able to make the right decisions at key moments and remain thankful for the support and cooperation we have we received from Electrolux Professional for many years,” says Tobia Ciarulli, Switzerland’s team manager.

The Culinary World Cup, also known as the World Cooking Championships, took place in Luxembourg on November 26-30. The senior teams participated in two events: “Restaurant of the Nation”, where a three-course menu was served to 110 people, and “Chef’s Table” where the team presented a tasting menu. 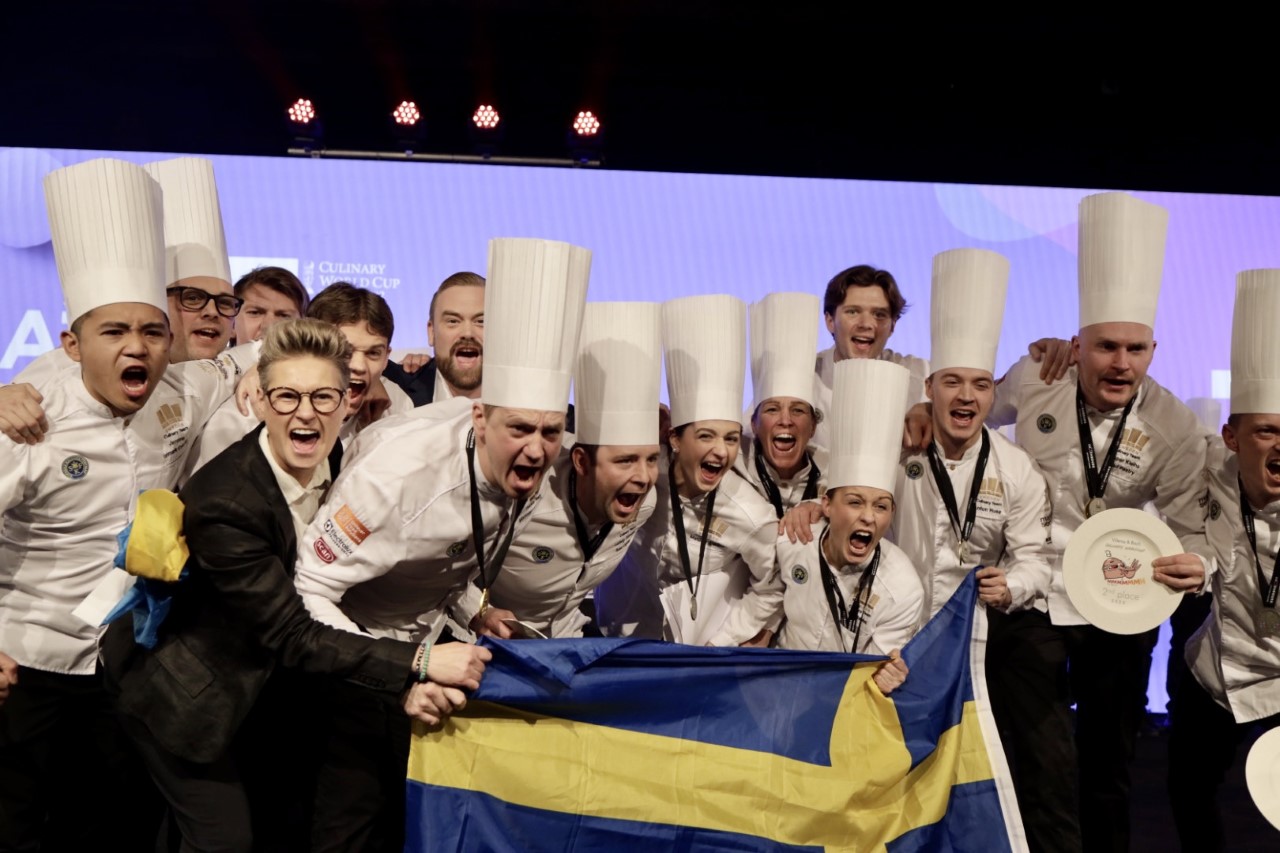 “It means a lot that we get the opportunity to practice in an incredibly modern kitchen. It gives us the best possible conditions to go far in the championships”,  says Marie Skogström, Coach of the Swedish Culinary Team.

Kim-Håvard Larsen, President of the Norweigan Culinary Association, is deeply impressed by the Norwegian achievements:
“The effort is absolutely phenomenal, and the results are impressive. The fact that Norway can come home with two podium finishes, silver for junior and bronze for senior is a very strong result”.

Electrolux Professional congratulates the Swiss Culinary Team to the win of the Culinary World Cup, and well-deserved silver and bronze to Sweden and Norway. We are proud to support you.